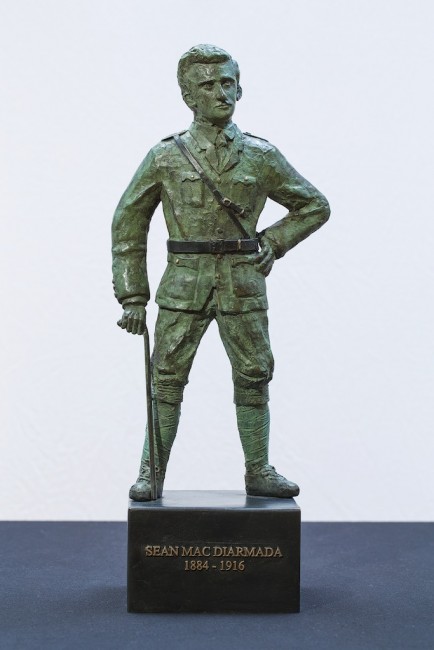 Born in 1884, Mac Diarmada, early in life, joined the Gaelic League and other national organisations. His flair as an organiser showed itself in his work with Thomas Clarke in re-vitalising the Irish Republican Brotherhood, and later, despite a physical handicap, in contributing to the spread throughout Ireland of the Irish volunteers which he had helped to found. A member of the Military Council which planned the Rising, he fought in the General Post Office. He was executed on 12th May, 1916.

7 Signatories • Heroes of The Revolution

Previous Project Back to portfolio Next Project